What Is A Clipping Path? Everything You Need to Know

“What is a clipping path?” is a million-dollar winning Quation in the Photoshop editing world. As no high-end editing can be completed without the touch of the clipping paths. Every photo editor uses the path which is the outcome of the pen tool Photoshop. To be a good photo editor, you must, need to know about it.

What Is a Clipping Path?

A Clipping Path is a technique of creating a close vector path or shape using the pen tool in photoshop. It is a non-destructive background removing technique. Moreover, this technique is mostly used to remove Background from any images, or adding a white background. The pen tool of Adobe Photoshop is used to create a path. And, the clipping paths are the best way for pixel-perfect selection.

Indeed, Creating a path around a simple image doesn’t take much effort. But, creating a multi-layer takes a bit more effort.

Therefore, depending on the complicity and intend of images, there are three types of Paths available in photoshop and Illustrator. All these types are:

Drawing a simple path on the hard edge of images using the pen tool in photoshop is known as the Single Layer Path. Usually, the path is being drawn on the same layer.
This is very useful when you need to remove or change the background.

When it comes to Illustrator Clipping Path refers to creating one or more vector shapes following the subjective part of images. It is a non-destructive path of any shape or design.
It allows us to resize the images as per the need without affecting the resolution at all.

Why Is Clipping Path Important?

A clipping path is required to extract any subjective images from its Background. Additionally, It is highly effective for a perfect selection of any complex image by drawing the pen tool on the edge of the picture.

Moreover, If you want a transparent image for an e-commerce store or print an image in a magazine. You require a clip-path. Naturally, the paths allow you to cut any unnecessary parts of images and make them more realistic and eye-catchy.

What Are The Uses of A Clipping Path?

There are a quite bit more when it comes to uses of paths in photoshop since uses of it have no limit. Photoshop Clipping is a multi-purpose photo editing functionality.
Thus, the most notable utilization of the paths are:

Removing The Background From Images:

Removing the background from any pictures is the primary use of the image clipping using photoshop. Furthermore, applying the hand-drawn paths on particular images creates a great selection in some complex images.
Finding the hard edge of any product image using the pen tool is much easier than any other method in photoshop.

Basically, Multiple Layer Paths uses in photo retouching and Color Correction. Thus, to get the perfect selection for any photo editing needs multiple paths are essential.

Photo clipping is the primary work of any image manipulation work. If you want to change, correct, or alter any section of an image, you need to select this part first, Photo clipping helps you in this regards.

Day by day, the necessity of Photoshop clipping path service is rapidly growing up to fulfill the demand of the e-commerce world. In terms of quality, e-commerce stores require the exact dimension, resolution, and background color of images.

For example, Amazon won’t allow the seller to list product images without optimized adequately as per the Amazon quality term and conditions. And the rule is the same for any other e-commerce platform, whether it is Alibaba or Walmart. So, to meet the requirement of an e-commerce store and engaging the users by displaying the best possible quality of images is the primary intent of clipping path services. Point to be noted: white background is always preferable, and it is one of the fundamental requirements of most e-commerce stores. It helps the user to get a clear view and improve conversion as well.

Therefore, keeping the background white while placing the png or background less image is highly recommended in terms of human psychology as well as better conversion.

Know: How to Optimize Images for Web (Brief Guide)

Enhancing image beauty using the Clipping path in Photoshop is a challenge, without having proper control over Photoshop software. It requires a professional hand who has enough experience of using different tools in Photoshop and implements the technique on the right images at the right time.

You may read:
Clipping Path vs. Masking: What is the Difference? With Example

Why is My Clipping Path Inverted? [Solve Easily] 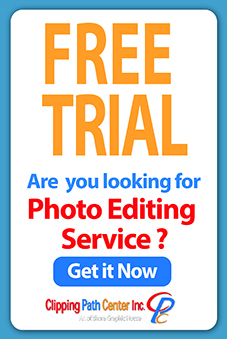 Corona (Covid 19) strike has no impact on our regular image editing services. We have locked ourselves in a safe place. So we can keep us protected and provide 24/7 services.